We believe that successful companies are more about people than products and that a company’s human assets are its most important resource. That is why many employees have invested their careers in Webco. Perhaps the biggest benefit for those who join our team are the frequent opportunities to learn new skills and improve on current expertise through focused education and training. Upward mobility and promotion from within has always been an important tenant of Webco's success. By continuously investing in its employees over many years, Webco has built a culture of excellence that delivers value to everyone who the company touches.
Dana S. Weber
Chair of the Board of Directors and CEO Expand Ms. Weber’s term as a Director of the Company expires in February 2024. Ms. Weber also served as the Company’s Chief Financial Officer from both August 1994 to July 1995 and June 1986 to June 1990. Ms. Weber has been with the Company in various positions since 1977.

Ms. Weber graduated from the University of Tulsa with a Bachelor of Science in Accounting in 1979 and with a Juris Doctorate in 1983. Ms. Weber is also a 1986 graduate of the Harvard Business School Program for Management Development.

Ms. Weber is the daughter of Webco's founder, the late F. William Weber. David E. Boyer was appointed President of the Company in April 2019.

Mr. Boyer was appointed as a Director and Vice Chair of the Board of Directors in October 2018 and his term as a Director expires in February 2024. He was appointed as Chief Operating Officer by the Board of Directors in March 2011. He previously served as Senior Vice President – Tubing Operations, and held that position from May 2001 to April 2019. Mr. Boyer is the Assistant Secretary and Assistant Treasurer of the Company. Mr. Boyer previously also served as Vice President of Sales and Marketing from July 1992 to May 2001; General Manager – Stainless Division from June 1991 to July 1992; as Product Manager, Stainless Products, from February 1989 to June 1991; and in various other positions with the Company since 1984. Dr. Kenneth E. Case Case has been a Director of the Company since July 1995. Dr. Case’s term as a Director of the Company expires in February 2023. Dr. Case retired in June 2005 from Oklahoma State University as a Regents Professor of Industrial Engineering and Management at Oklahoma State University, which he joined in August 1975. He is a licensed professional engineer and was named the Outstanding Engineer in Oklahoma in 1987. His primary specialties are in the fields of quality and reliability.

Dr. Case was a Senior Examiner on the Malcolm Baldrige National Quality Award from 1988 to 1990, and on the Panel of Judges from 1991 to 1993. He is a member of the National Academy of Engineering, and the International Academy for Quality. He is a Fellow and 1986-1987 president of the Institute of Industrial Engineers (IIE). In 2002, Dr. Case became the 29th recipient of the Frank and Lillian Gilbreth Industrial Engineering Award, the IIE’s highest honor.

Dr. Case has also been project director on over twenty sponsored research projects and has published over 100 articles and co-authored three books. Christopher L. Kowalski has been with the company or one of its subsidiaries since 1979. Mr. Kowalski’s term as a director of the Company expires in February 2025. Mr. Kowalski is President of Phillip's & Johnston Inc. ("P&J"), a wholly owned subsidiary of the company. Mr. Kowalski joined P&J in 1979 and has served as its president since 1987.

Prior to his employment with P&J, Mr. Kowalski worked for Central Steel & Wire, Inc. 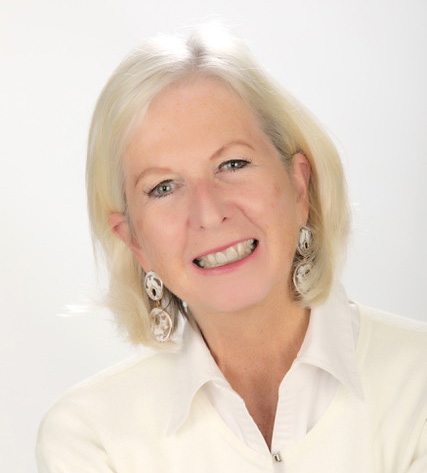 Catherine A. Wilcox has been a Director of the Company since June 2019. Ms. Wilcox’ term as a Director of the Company expires in February 2025. Ms. Wilcox previously served as General Counsel for Parkview Health from 1998 to 2013. Parkview Health has ranked as a Forbes top employer among the largest employers. While serving as General Counsel, she has had responsibilities that include all legal matters for the corporations’ many entities, as well as compliance, governance, corporate acquisitions and start-up organizations, insurance, risk management, clinical trials, audit and human resources. She was an associate and partner for more than ten years at Rothberg, Logan and Warsco, a Midwest law firm. She clerked for a state court judge. She earned a law degree from the University of Tulsa. Over the course of her career, Ms. Wilcox has also served on the board of numerous not-for-profit organizations. Michael P. Howard is Chief Financial Officer, Senior Vice President of Finance and Administration and Treasurer, responsibilities he assumed when joining the company in January 1997. In 2013, Mr. Howard also assumed the role of corporate secretary.

From January 1996 to January 1997, Mr. Howard was Vice President of Finance and Administration and Chief Financial Officer for Multimedia Games Inc. From May 1985 to January 1996, Mr. Howard was employed by the international accounting firm of Coopers & Lybrand LLP, where he worked in the Business Assurance Group and served as the audit manager on the Company’s audit during five years of that period.

Mr. Howard is a Certified Public Accountant and received his Bachelors in Accounting from the University of Oklahoma in 1986.